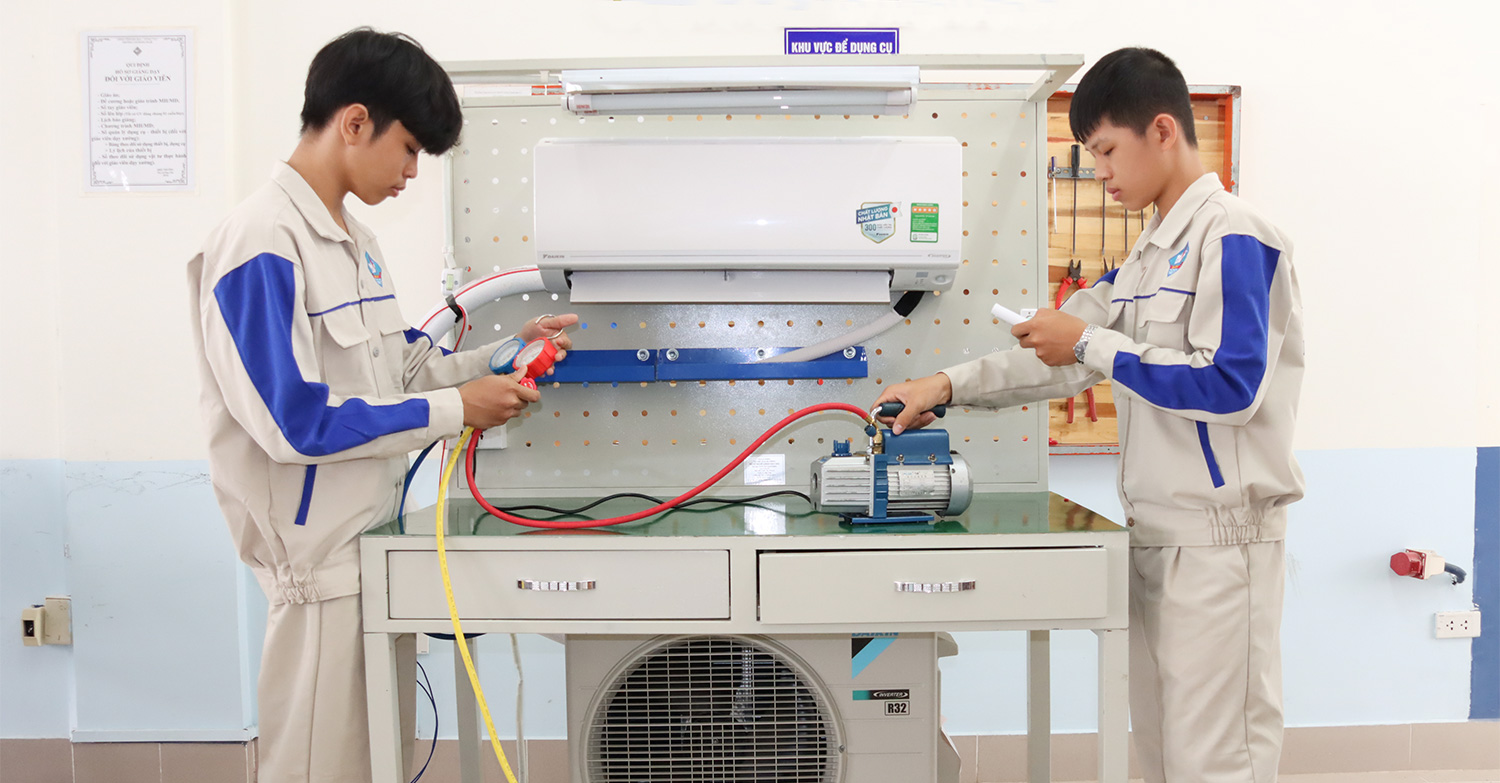 Refrigeration systems are becoming more and more popular in modern life, from households with air conditioners and refrigerators to complex equipment in businesses such as cooling and ventilation systems, industrial air conditioner… As the economy is developing and living standards are higher, refrigeration equipment is becoming more and more popular in society. Therefore, students who learn the profession of refrigeration do not have to worry about jobs after graduation.

On the other hand, refrigeration products such as refrigerators and air conditioners are increasingly popular in households, in addition to industrial parks being developed, a series of large electronic corporations such as Samsung, LG, Daikin ,… opened a factory in Vietnam. Since then, the demand for human resources for Refrigeration and Air Conditioning Engineering (also known as Refrigeration) in companies and industrial parks is very high. 100% of students studying this major have jobs with high income from 6 to 9 million VND/month.