On the afternoon of November 12, 2022 in Dong Thap, the Central Committee of the Ho Chi Minh Communist Youth Union held the third program to honor 100 outstanding young teachers at central level in 2022. 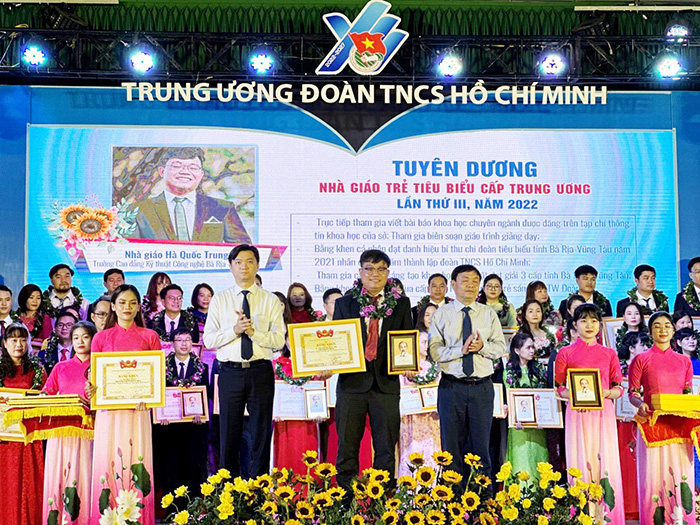 Teacher Ha Quoc Trung (born in 1990), graduated with a major in Industrial Electrical, Ho Chi Minh City University of Technology and Education. Right after graduating from the University, with the desire to impart knowledge, knowledge and professional skills to students, Mr. Trung became a lecturer in the Electrical Department of Ba Ria Technical College of Technology. – Vung Tau. Having been with the teaching profession for 10 years, until now, Mr. Trung has always been creative, built highly integrated visual lectures, directly directed, guided, participated and won many high awards at various universities. scientific and technical research and innovation contests organized by all levels and branches from central to local levels. In particular, Mr. Trung won the first prize in the contest “Young knowledge for education” in 2020 organized by the Central Youth Union and the Ministry of Education and Training. 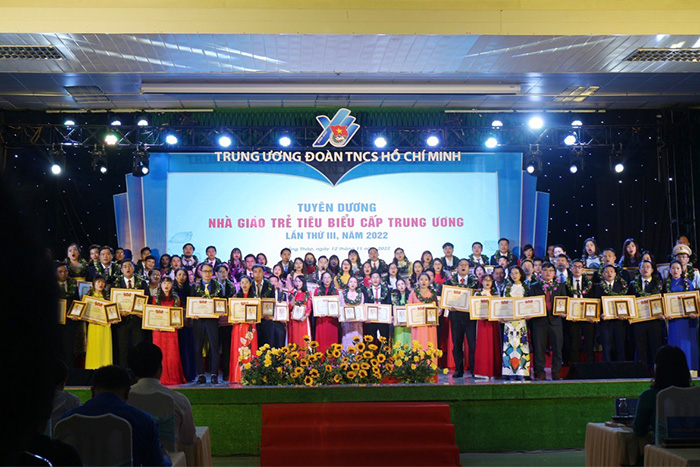 Some outstanding achievements of Mr. Ha Quoc Trung:
– Provincial emulation warrior;
– Certificate of Merit from the Ministry of Education and Training; Badge of creative youth of the Central Youth Union;
– Certificate of merit for winning the second prize of the National DIY Training Equipment Contest in 2022;
– Certificate of Merit of the Provincial People’s Committee for excellently completing the work 2018 – 2020; Typical Party members in studying and following Ho Chi Minh’s ideology, morality and style in the 2016 – 2021 period;
– And many certificates of merit from the BRVT Provincial Youth Union for being typical union officials with outstanding achievements in union work and youth movements, volunteering and young creativity.